Dealing with an Absconder

Occasionally over the years some of your tenants will inexplicably disappear into thin air, often in the middle of the night, and leave all or some of their possessions. On the odd occasion this has happened to us, we usually became aware of their departure when they missed a first-of-the-month rental payment or when a housemate casually mentioned they’ve not seen them for a while.

One absconder walked out leaving absolutely ALL his possessions, including all clothes, food and even £40 in a piggy bank. We later discovered he had met a guy in a nightclub, popped home for his passport and jumped on the next plane to Thailand in the early hours. He called us fifteen months later to enquire if he could have all his stuff back and was surprised that we had re-let his room! 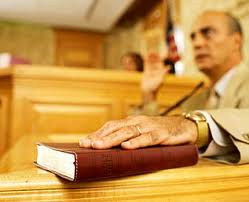 If you suspect the tenant has vacated, you will need to give the usual 24 hours’ notice before inspecting the room to decide if they have actually left. It is a good idea to bring a witness and the day’s newspaper so that they can take a photo of the room with the newspapers date in the photo.

You will then need to pin a notice of abandonment on the door (you have one on your MLCS flash-drive), email and text the tenant and inform the other housemates of your intention to take possession of the room. You can also contact their employer and the next of kin to check that they are not on an extended holiday, in hospital, prison or a mental institution! 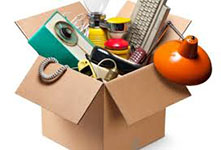 You should also give the tenant notice in writing either by registered post or recorded delivery, and include your name and address, plus details of the goods and the address where they are being stored. You must state that the goods are ready to be delivered to the tenant, or if being sold, the place of sale and the date on which they will be sold, as well as any costs being deducted from the proceeds.

The Torts (Interference with Goods) Act 1977 makes provision for abandoned goods under S12. The goods still remain the property of the tenant (referred to as the bailor) and the landlord or agent (referred to as an involuntary bailee) has an obligation to take care of the goods and make reasonable attempts to trace the tenant to return the goods. 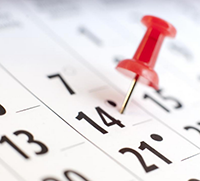 There is no official set notice period, but 14 days is often cited as being appropriate. However, if you want to charge the tenant for storage or sale of goods to cover missing rent or damage then you will need to store their good for at least three months before disposing of them. (Schedule 1, Part II – para 6). A tort is not enforced by the police, it’s a civil action taken by one citizen against another, and, if necessary, tried in a court in front of a judge. As legal action is brought by a private citizen, ‘tortfeasors’ cannot receive fines or be sentenced to prison through civil courts, but are likely to be compelled to pay damages to the plaintiff (landlord or agent) if the court rules in the plaintiff’s favour. Of course, much will depend on the terms of the tenancy agreement.

If you are absolutely positive the tenant will not be returning (you will have to make a judgment on this) and need to quickly re-let the room, it’s a good idea to take lots of photos of all items, including any you consider to be total junk, and retain them as evidence.

Under S12 of the Torts Act, if the tenant abandons or breaks an arrangement to collect their possessions, or you are unable to trace the tenant, then you are permitted to sell their goods, provided notice has been given and reasonable steps have been taken (and documented) to trace the tenant.

The Housing and Planning Bill 2015 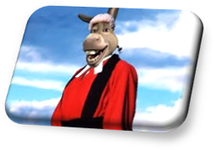 Part 3 of this bill states that before bringing a tenancy to an end, under section 49, you must give the tenant two warning notices.
You must state that you believe the room has been abandoned, inform the tenant that they must reply before the specified date if they have not actually abandoned the room, and that you intend to bring the tenancy to an end if the tenant does not respond.

Tenants have a right to appeal to a court to reinstate the tenancy, if they feel they have a good reason for failing to respond to the warning notices. Hmmm, yet again this all seems somewhat one sided in the tenants favour! In reality, if you choose your tenants well, this will probably never happen … so take your time and never appear desperate.