Eddie Cantor was a Broadway star of the 1930’s and is the first person accredited with saying “It takes 20 years to become an overnight success!” I can’t help but think of Eddie every time I hear the phrase ‘New Craze’ or ‘Get Rich Quick’ applied to Rent 2 Rent (R2R), as it too has been around for at least 20 years. What has recently happened is that instead of hanging around at the back of the theatre it has been shoved up onto centre stage for all to see, and scrutinise. 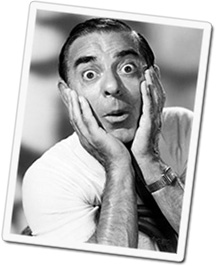 If you need any further convincing as to the longevity of Rent to Rent (or Let to Let), then take a look at Northwood’s website – their model is R2R/Guaranteed Rent, and they were founded in 1995 with currently over 70 branches nationwide. Talking to many investors, landlords, estate and letting agents over the last few years I would estimate this is the mere tip of the iceberg, with most people going about it very quietly and not publicising the fact for fear of criticism.

I have read many anti Rent 2 Rent articles and they invariably bring up the same two high profile cases – one of those, Rose Chimuka, who was a criminal who chose this method as the vehicle to commit her crimes, for which she is now paying at Her Majesty’s leisure. The other person has openly said that he made some awful business decisions which resulted in his company becoming one of 15,000 UK business insolvencies last year. 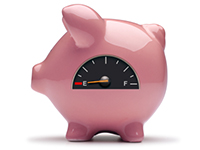 But was their downfall really to do with the Rent to Rent strategy? One is often cited as being ‘another R2R rogue’, but these articles fail to list any others? To put it in perspective, in 2014 more than 77 High Street Agents also went bust (Estate Agent Today). I wonder how many of them cleared their debts or just changed the trading entity and started again as it often happens?

I run Rent 2 Rent training workshops with my daughter Emily showing other people how we set up and operate our properties in Bristol, and we are passionate about what we do. We often hear back from guys who have done our property training, when they explain the strategy to letting agents are asked if they would like to JV with them. Agents are often pleasantly surprised to realise that we are not all bloodsucking charlatans out to make a fast buck, but actually want to create a good solid sustainable business and are working very hard at doing so.

The Rent 2 Rent backlash seems to have started after a sensationalist article in a national newspaper last year, which has been continually recycled and rehashed by ‘reporters’ too lazy to actually do some real research! 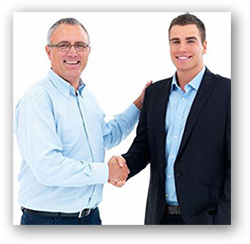 Our last deal was a typical case study. It was a very grubby student unlicensed HMO. The alarms weren’t linked, the furniture was non-compliant, it had the wrong type of locks, bedroom windows were stuck, the property was damp, there was inadequate heating, not enough bathroom amenities and the shower produced barely more than a dribble of water. As for the state of the property, well, I wiped my feet on the way out! The owner of the property was a busy business man with severe staff problems and was well aware that he was running an illegal house, but didn’t know what to do about it. Local agents either didn’t care or were also at a loss. When we put our offer to him, at first there was suspicion (he had heard it all before!) But then we met a few times and built a little trust and he was happy to proceed.

Now the property is back up to speed and totally legal. He refers to us as his ‘Knights in shining armour!’ What would have happened if we had not come along? How many more properties are there out there? We are not the bad guys that some are quick to portray. 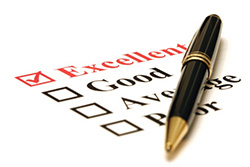 There are of course many boxes to tick – Lending criteria, adequate insurance, planning regulations, HMO licensing, fire regulations, amenities, property strategy, cashflow strategy and most importantly tenant safety. We tell people not to focus on the allure of big money, focus on getting your first property up and running, safe and legal. Becoming financially independent is something which will come along in time once you have invested in your business correctly. 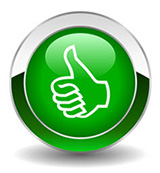 We also recommend that anyone wanting to get into Rent to Rent becomes accredited, study ARLA or similar and subscribe to a professional body such as The Property Ombudsman (TPO). TPO consider let to let systems to be a legitimate and have no problem with it. They recently told us ‘Letting agents who tell people Rent 2 Rent is illegal need to get up to date with industry practice’.

So I would ask the critics to please stop using sweeping brushstrokes, if you know of a ‘rogue’ operator, then name and shame them by all means. We want to use property investing to become financially free and independent, just the same as many other small business owners want.

So please accept that we are NOT the bad guys!